After our very early start the previous day, this morning we had a bit of a lie in. However I was awake before the guides arrived with my tea and as soon as I’d finished that I went out on to the grassy terrace to do a short yoga session. It was warm enough for my bare feet today and it was a most wonderful setting for this. I performed Sun Salutations facing the early morning sun and the 8000m mountains. Wonderful! 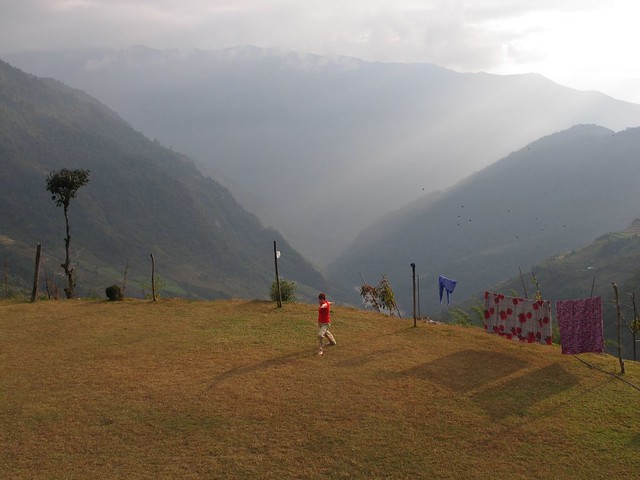 Our daily routine involved packing our kit bags before breakfast, so the porters could sort the bags and get them ready for carrying as soon as they had eaten. We had been asked to keep our luggage to 10kg or less and the porters carried two bags each, plus what else they carried for themselves. The porters usually walked straight through the morning to an early lucnh break, then arrived at the overnight stop several hours before us. 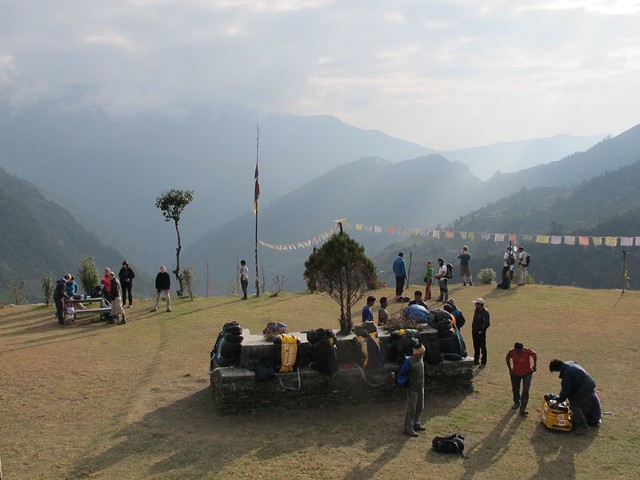 The walk today involved a long descent through the forests and farmland to the Kyumnu Khola, a tributary of the Modi Khola. We could see the river from very early in the walk as we looked down the steep-sided valley. 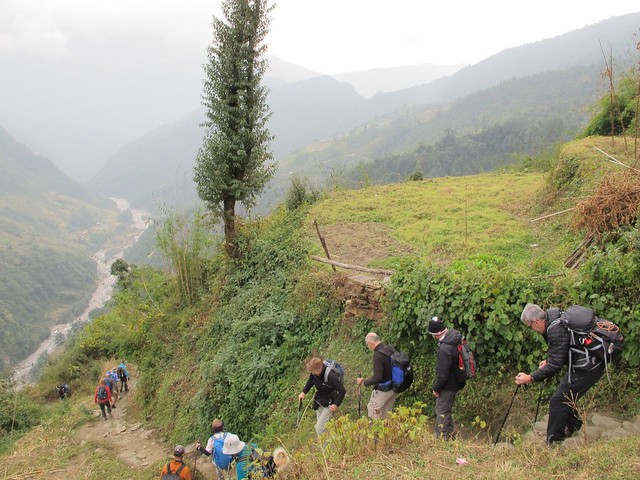 We passed scattered farms with the narrowest of terraces where crops had recently been harvested. The corn was strung up to dry outside the houses. By hanging the corm in a place visible from the paths, they was also as a show of wealth. 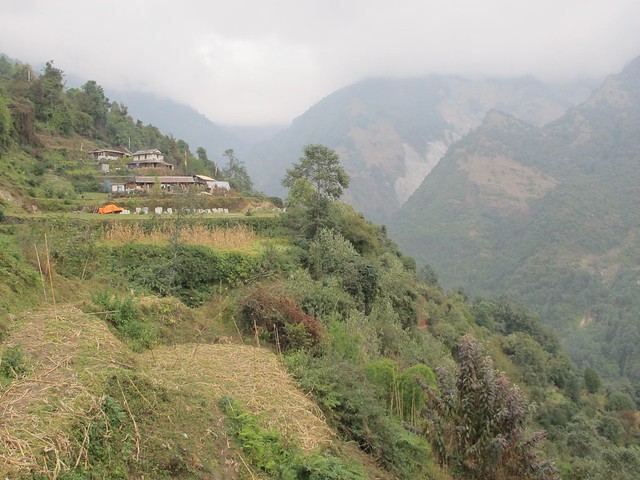 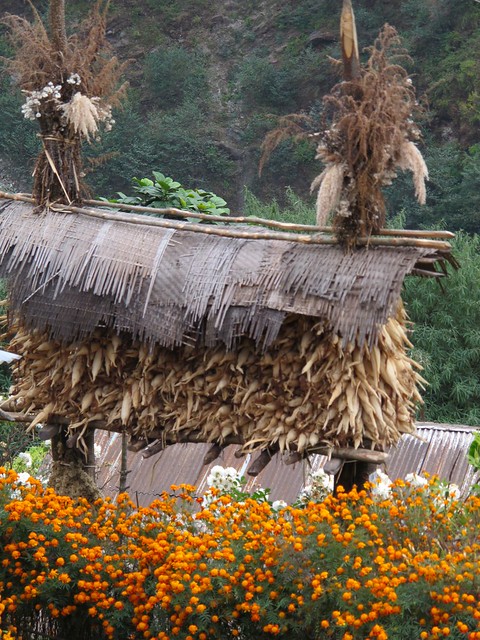 When we we still a hundred metres or more above the river we could see shepherds rounding up a large number of sheep and leading them down the opposite hillside. They were guided towards the suspension bridge and driven across. 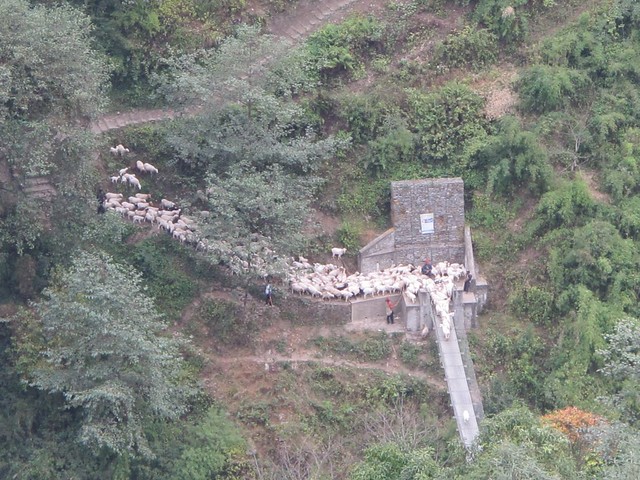 We too eventually reached the bridge over the Kyumnu Khola and from here we had a steep ascent up to Chomrong, at 2,170m, another Gurung village and the last permanent settlement in the valley. 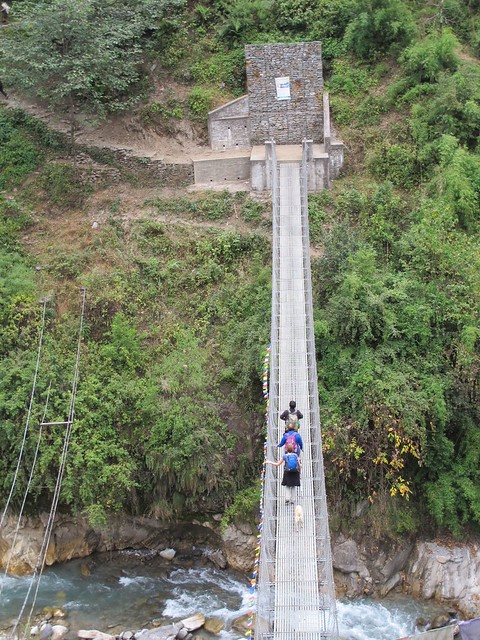 On the way we paid a visit to a local school, Shree Ghurjung Primary School. This school has been supported by trekkers from Exodus for a few years and Keshar, our leader, is well known to the staff. This is a government funded school. but the funding doesn’t cover all the teachers’ salaries. The donations are used to fund two extra teachers. Also, all other costs are expected to be covered by the village families; meaning libraries and books are extremely scarce. 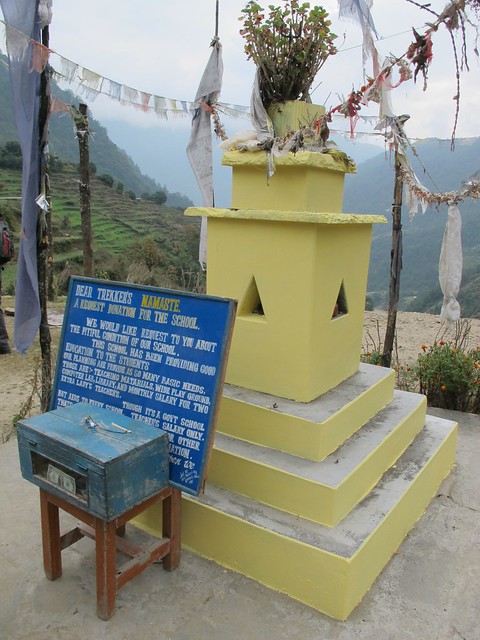 The school consisted of 4 very basic classrooms for the 4 classes of children from nursery to about age 12. I was surprised to see the condition of the classrooms; they were just bare stone walls, open windows with no glass, and cold and dark, but the children appeared to be working hard. 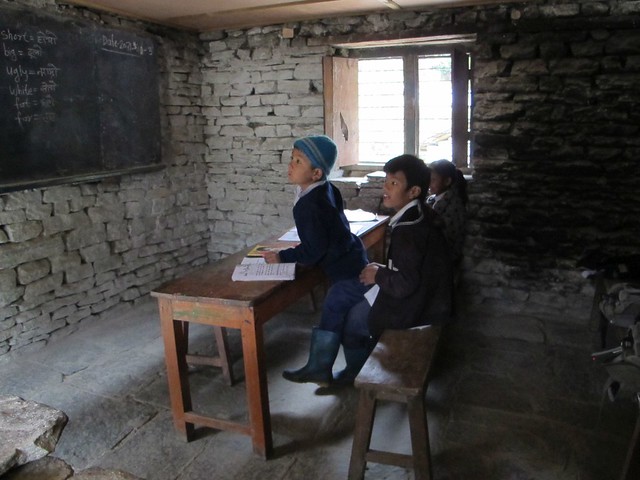 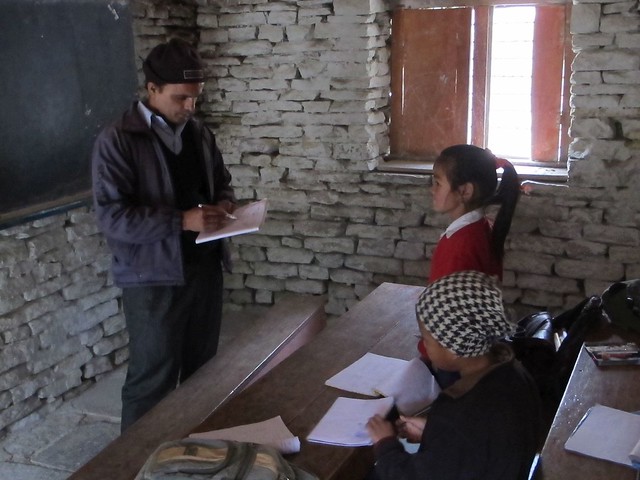 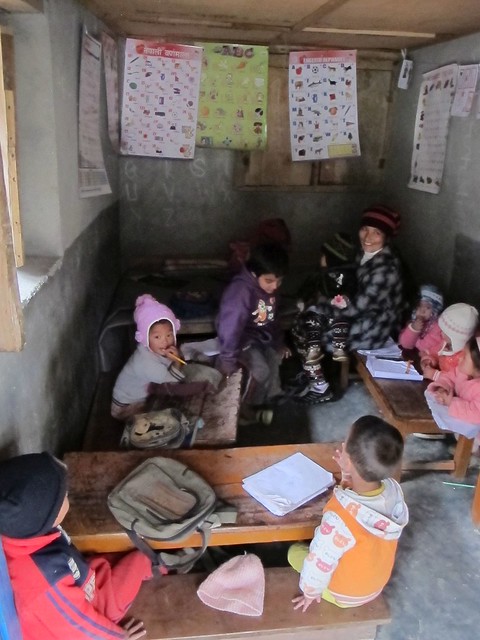 Continuing our ascent from the valley we passed more farms with various crops spread out to dry. 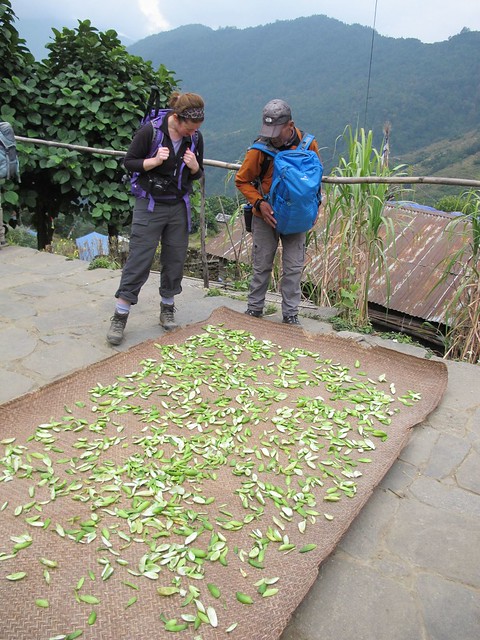 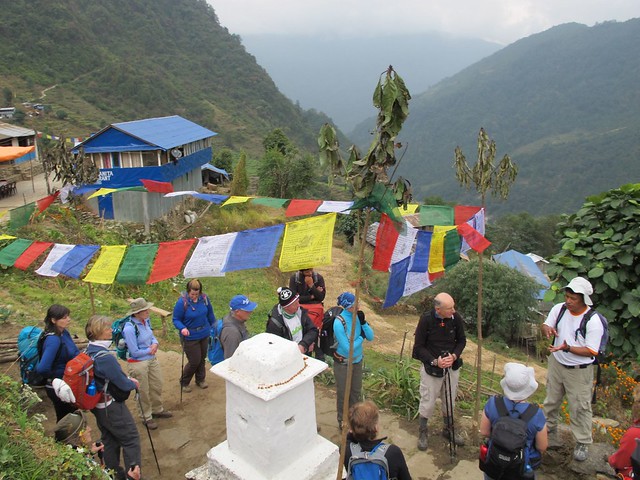 Keshar had also arranged for us to visit a house in one of the villages we passed through. He gave us a brief explanation of some of the daily rituals, and we were invited inside for a brief look. He explained that many of the families in the rural villages live in extended family units. One of the duties of the daughters-in-law is to re-grout the stone terrace, every morning, with yak dung mixed with water. 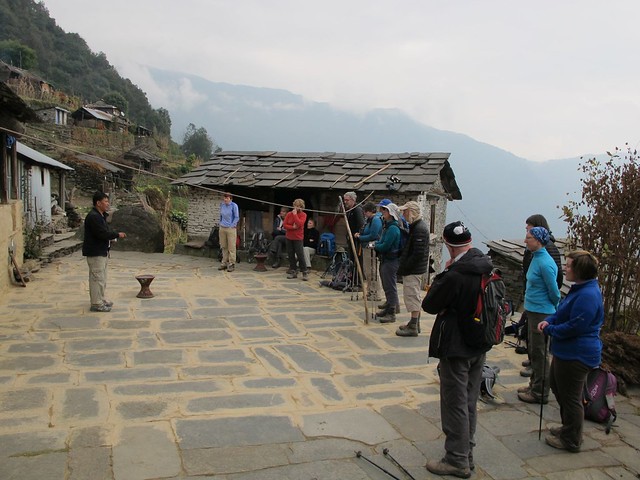 According to our trip notes: “From Chomrong we have good views again of Annapurna South”. When we arrived the views were obscured by the cloud, but we had brief tantalizing glimpses of the mountains over the next hour or so when the clouds blew about. 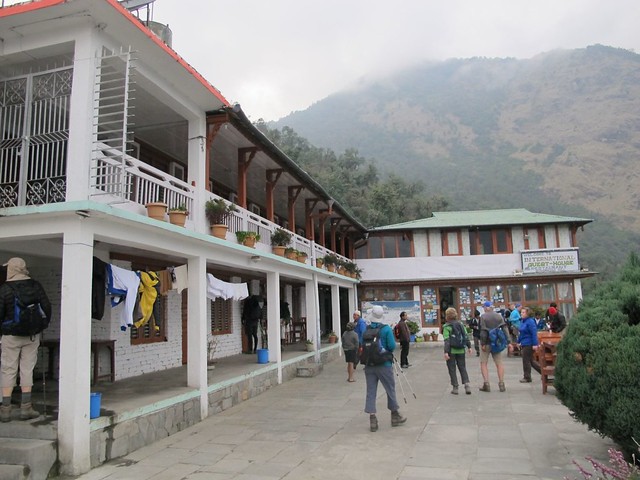 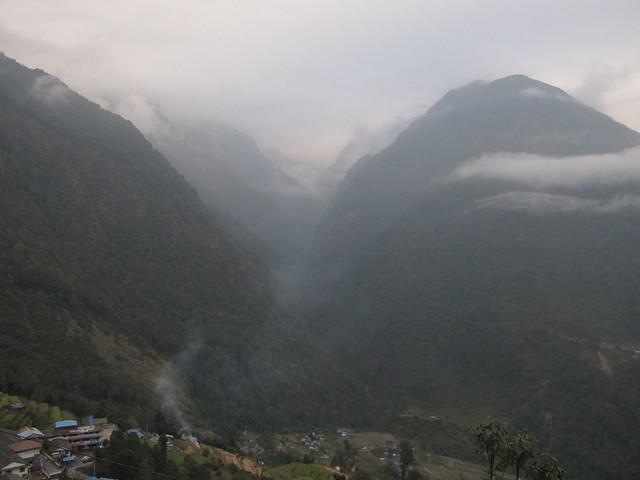 See more photos from this day in my Flickr album.

One comment on “Annapurna Sanctuary Trek: Day 6 Chuili to Chomrong”