The next morning we woke to intermittent views of the mountains from the terrace of the tea house. The cloud was swirling around the cloud forest on the slopes, alternatively revealing and hiding the snow-capped high tops. 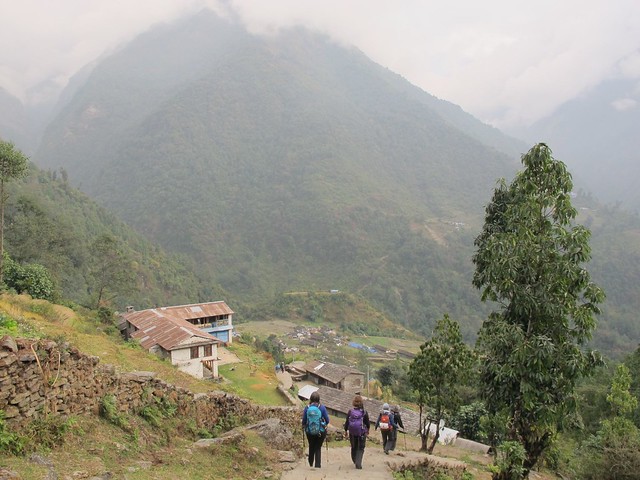 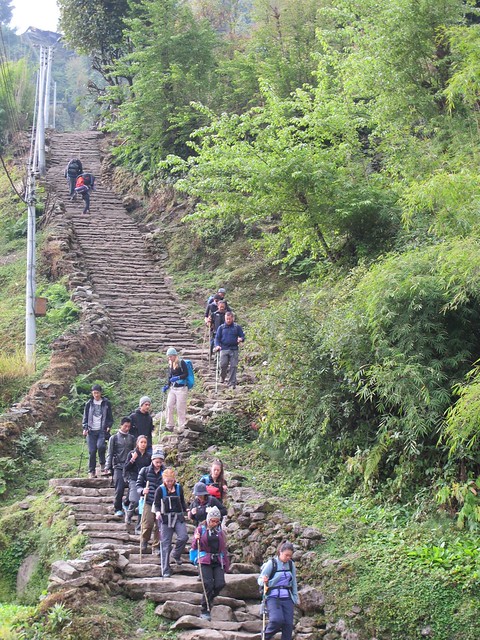 From our tea house at the upper end of Chomrong Village, the trail descended the long stone staircase through the village, passing the German Bread Bakery, with its impressed window display of cakes and on to the wholesale shop which sells virtually everything. This is one of these ‘last-chance-to-buy’ places, so it is THE place to stock up before going any further up the valley towards the sanctuary. I resisted buying any chocolate biscuits since I was still carrying my ’emergency’ power gels, muesli bars, and Kendal Mint Cake, packed in case I got a stomach upset and was off my food. So far, so good. 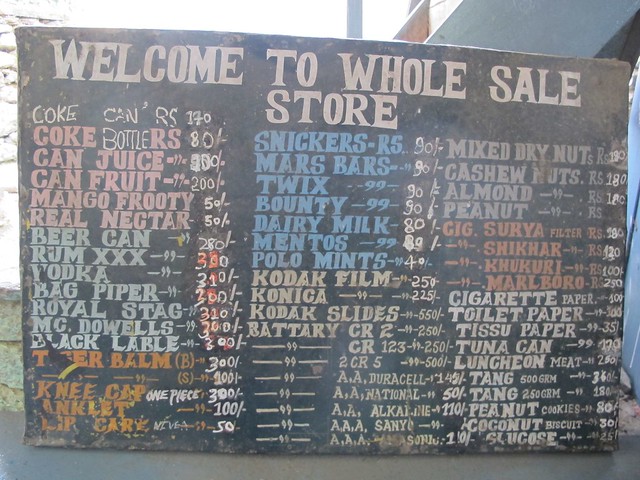 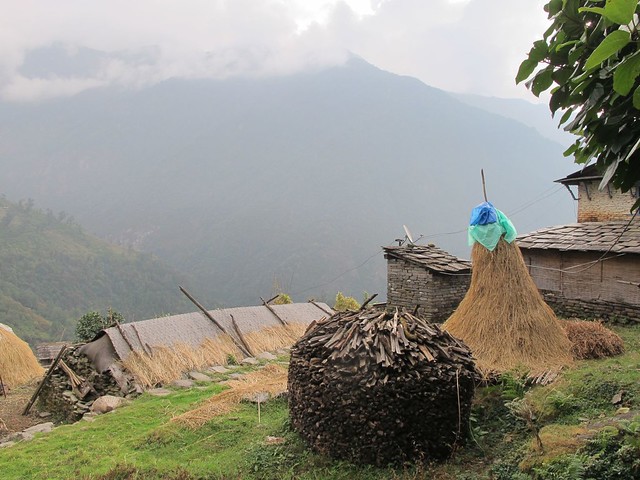 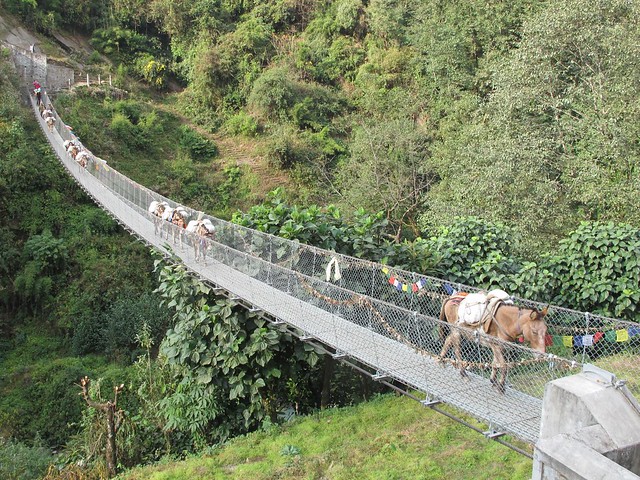 Of course, with dropping down to the river, we than had more ascent up through more small farms. 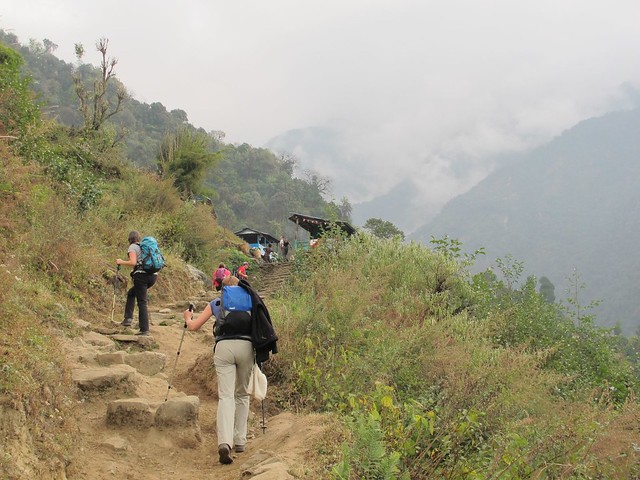 The path passed through jungle of oak, hemlock and rhododendron trees. 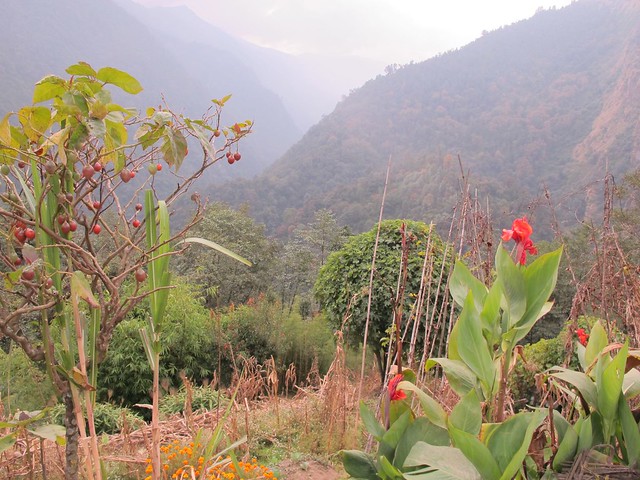 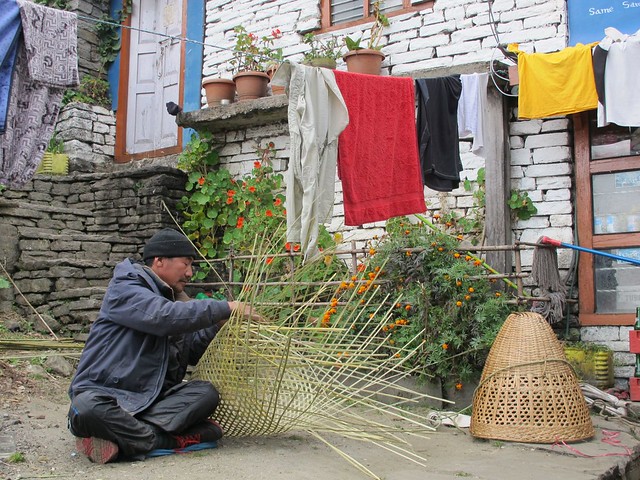 After lunch we climbed out of the side valley to re-enter the main Modi Khola Valley, where we followed a rocky path through the bamboo forests to Bamboo Lodge. This bamboo is cut extensively to make
‘dokos’ – the carrying baskets as used by some porters – and woven mats for floors and roofing. 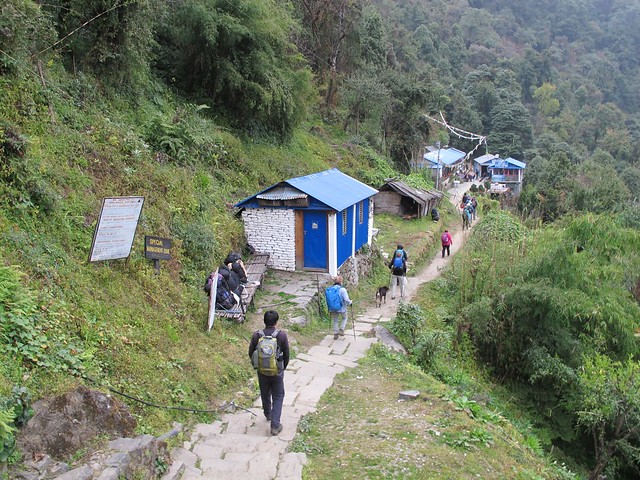 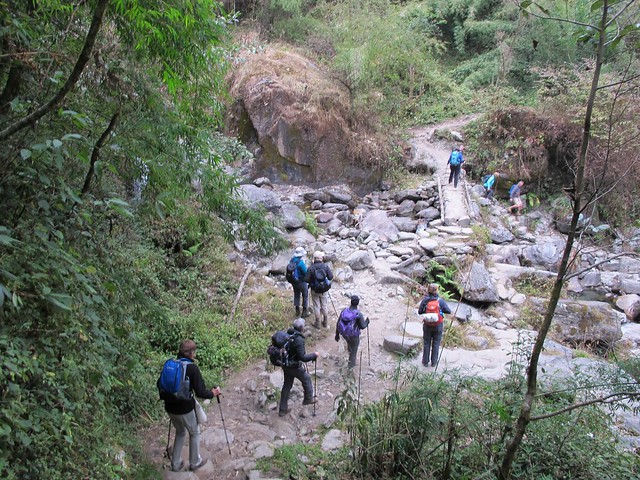 Although we were getting near the upper reaches of the river with fewer villages, the path was still busy with trekkers and porters. The porters were carrying bags for the trekkers, but they were also busy carrying supplies to the tea houses. Everything from food to gas cylinders had to be carried in on someone’s back. 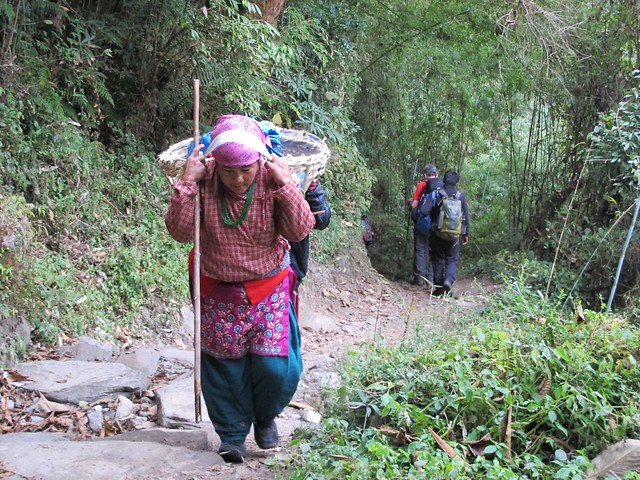 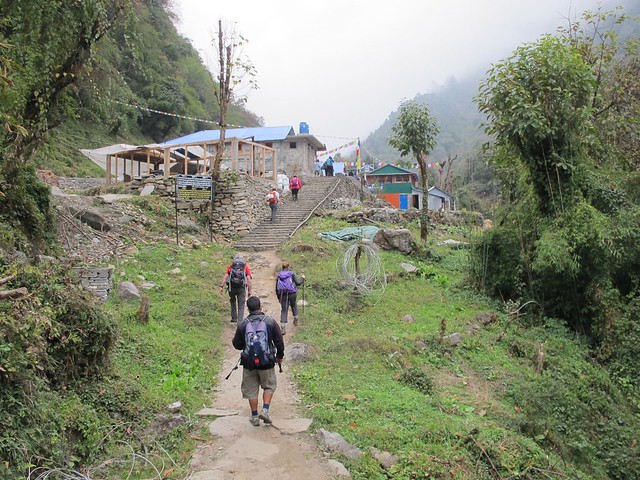 At 2505m we reached Dovan,a clearing in the forest where there are several teahouses. Our tea house was perched on the edge of the steep-sided valley with the constant background music of a waterfall crashing hundreds of metres down to the Modi Khola. 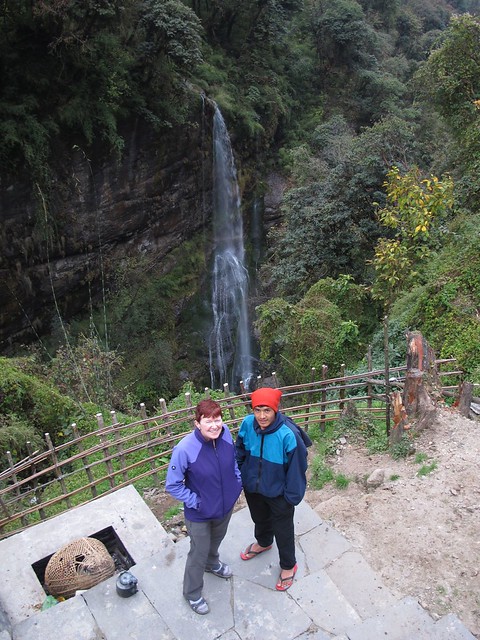 The usual afternoon cloud descended over the big mountains, but we again got intermittent glimpses of Machhapuchchhre. 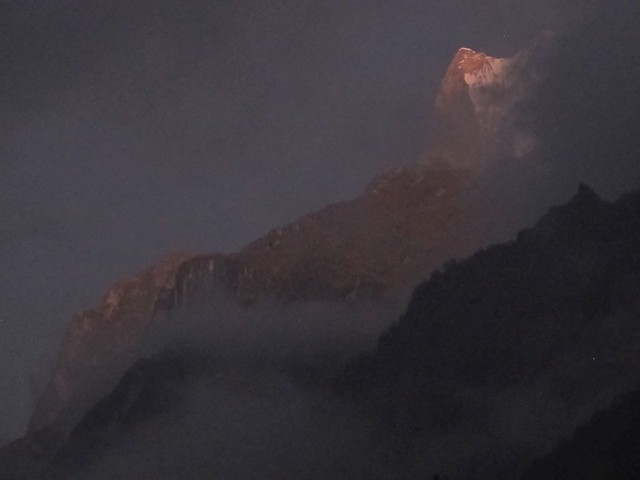 We took the opportunity for one last hot shower for a few days as the facilities lessen the further up you go. Also it was getting to the point where we didn’t want to remove clothes to shower anyway as it was cold. A quick change of clothes and Wet wipes were sufficent at this stage!