Dovan to Machhapuchhre Base Camp (MBC)

We had an early start as today we had a long walk, ascending all the way to MBC, going from Dovan at 2580m to MBC at 3700m. The early start was no hardship when we looked out and saw a glorious view of Machhapuchhre, showing its very distintive fish-tail shape from this angle. 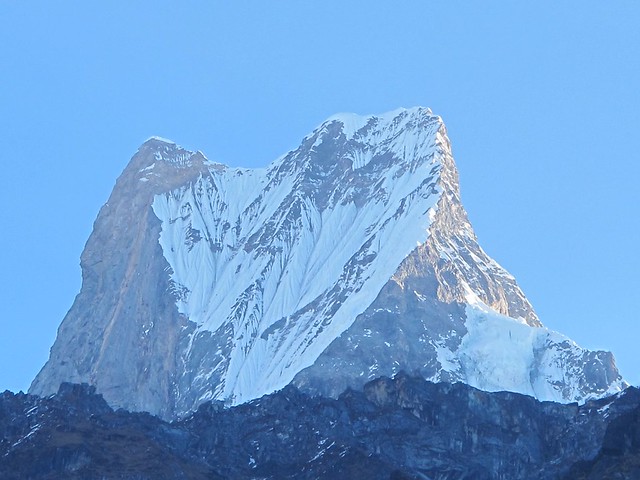 At Dovan the trail is high above the river with thick stands of bamboo blocking the view of the rushing Modi Khola and waterfalls on the other side of the river. The path crossed several small streams that flowed into the ravine.

We were reminded of the holy significance of the Annapurna Sanctuary by signs such as this one we passed. 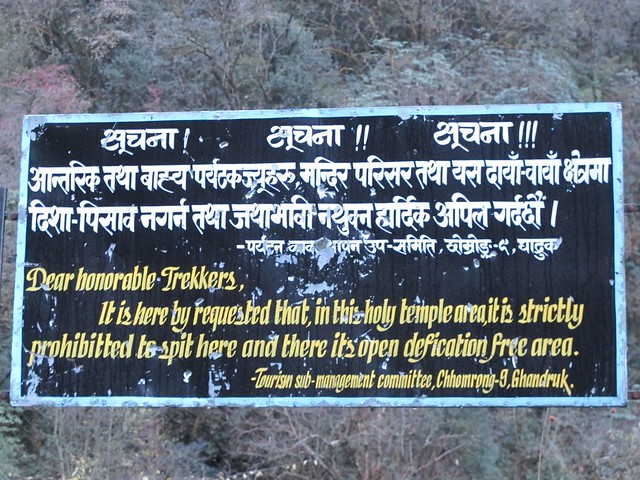 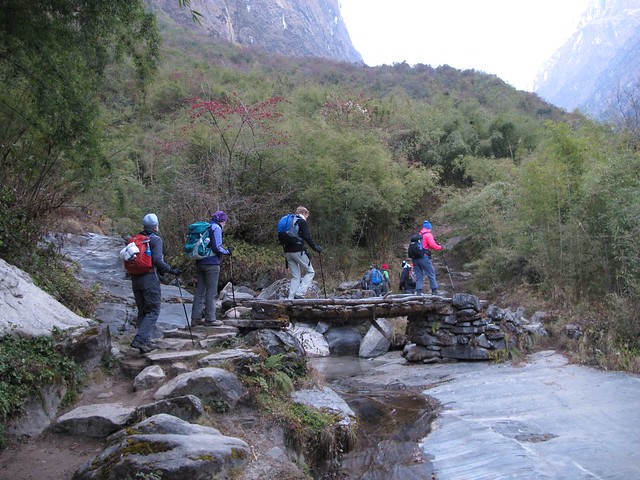 The path here is rocky and altogether more rugged than it has been previously. However, we were reminded that it is still the main route for everything being carried to the higher tea houes, when this guy passed us carrying three 5 metre long pipes! 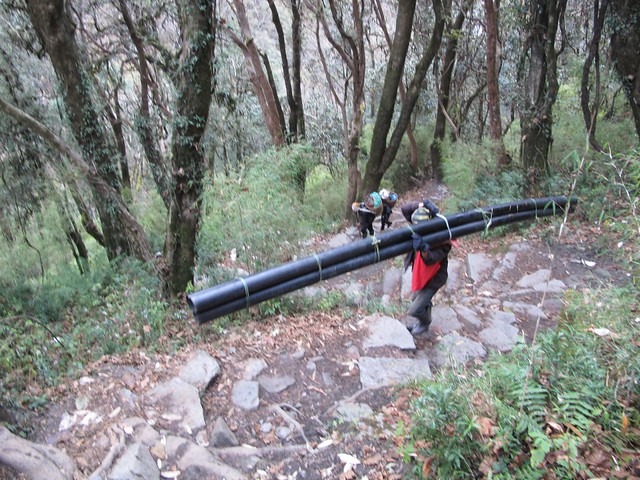 The views were gorgeous and the steady climb didn’t feel too hard with such wonderful scenery all around. We continued up through the forest, stopping at the lodges at Himalaya Hotel for our morning tea and then further on past Hinko Cave, where the first expeditions to the Base Camp used to camp. 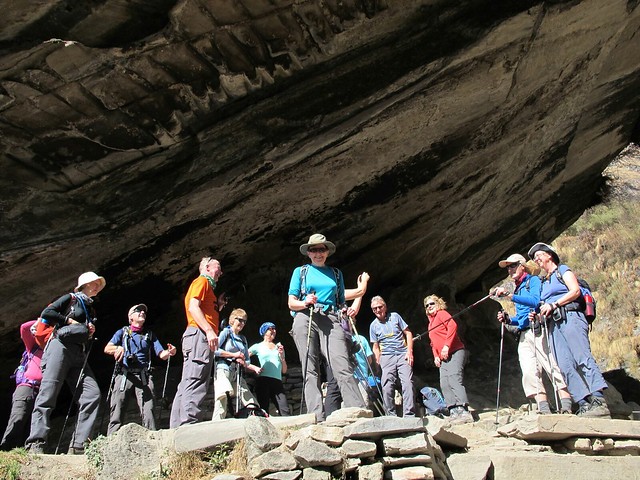 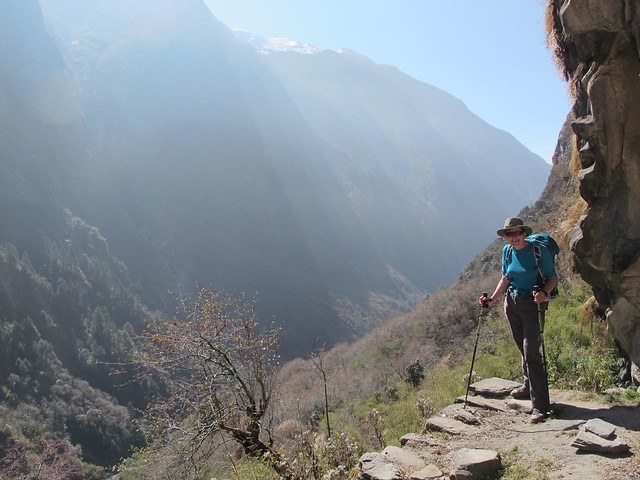 From the cave we could see the lodges at Deurali, but they were still a fair way off, with more hiking through this landscape that is riven with landslides and avalanche tracks. 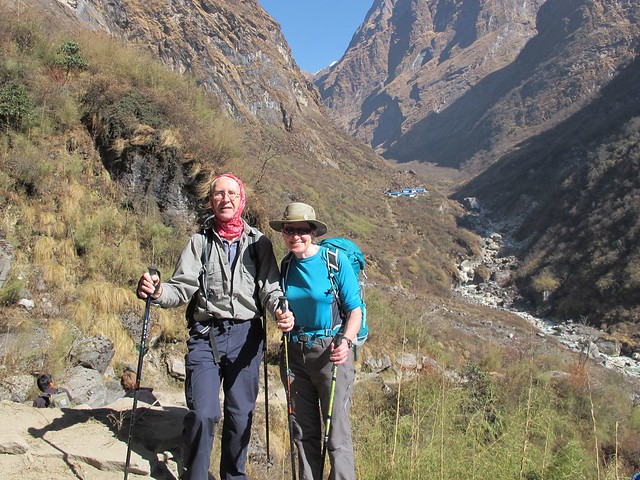 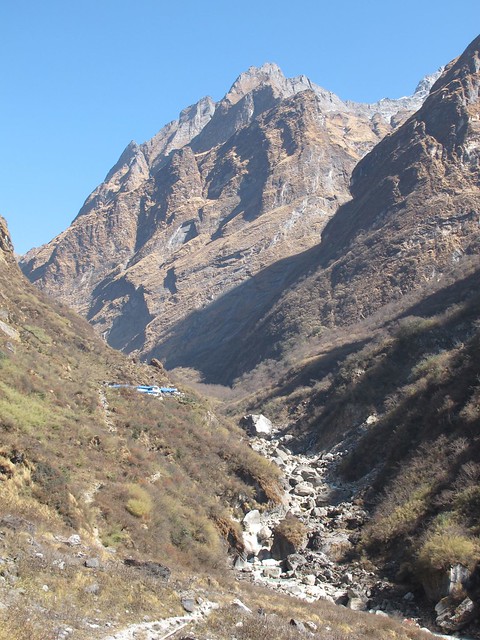 Unusually we met our porters at Deurali when we arrived for lunch. Most days they left as we were eating breakfast and we didn’t see them until we arrived at that evening’s accommodation. Neil snapped a photo of the young, chatty Saurab just before he left to continue his walk to MBC. 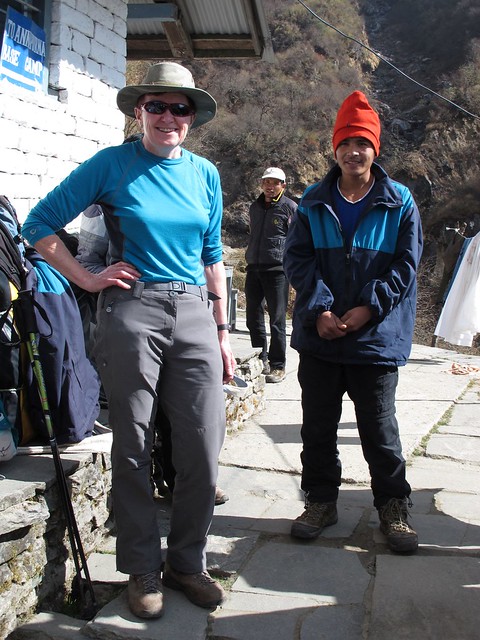 After lunch at Deurali we climbed more steeply, the path weaving amongst boulders. As we left the forest behind the landscape became more rugged and the usual afternoon low cloud swept in creating a wild atmosphere. The cloud was not constant and we caught brief glimpses of Machhapuchhre and the neighbouring peak of Hiunchuli. 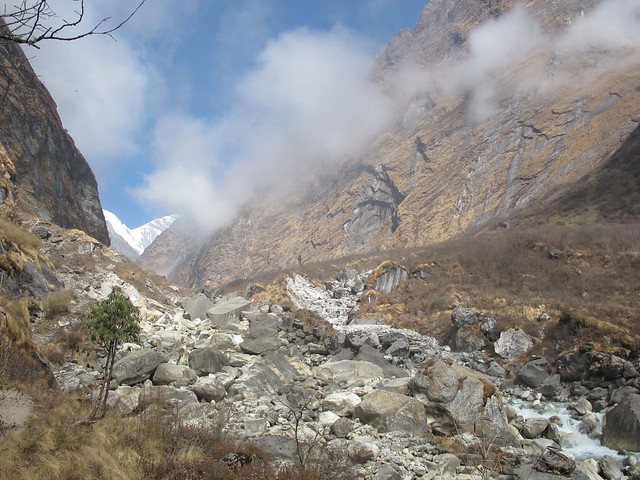 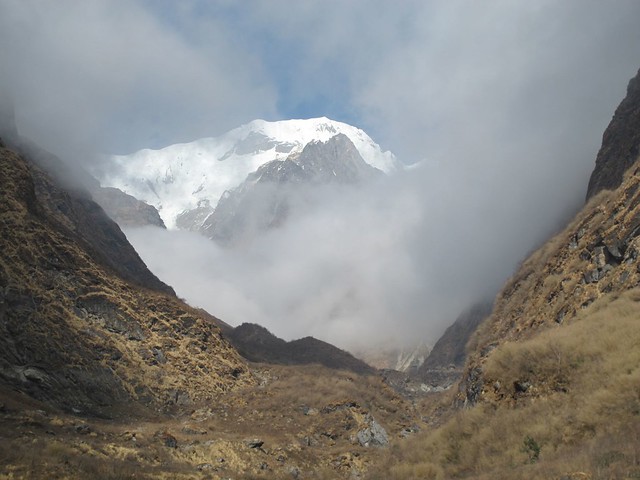 We came upon MBC quite suddenly. One minute we were looking at a cloud-filled ravine, then we saw the buildings appear just in front of us. We got settled in for a cold and cloudy afternoon/evening, but were delighted when the clouds opened up later to reveal the Fishtail peak. Having seen this peak a few times the past week, it looked even more majestic close up and was particularly grand when illuminated by the setting sun. 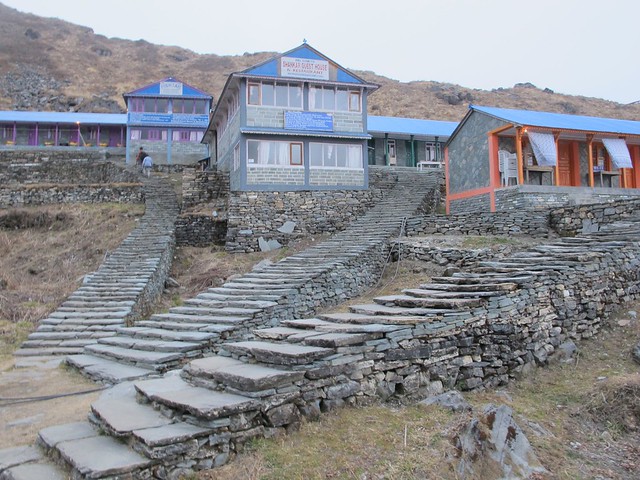 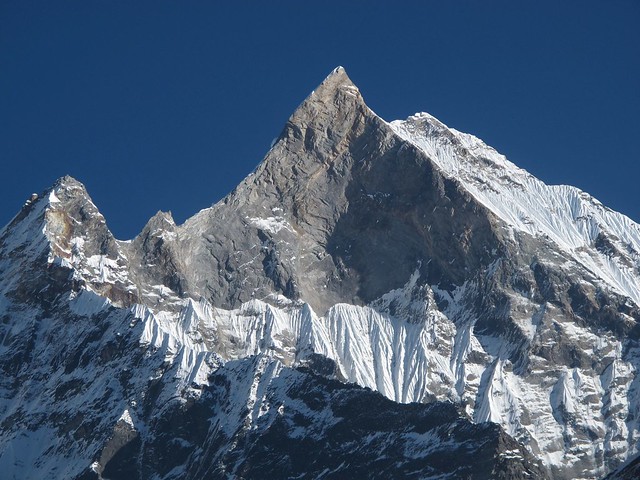 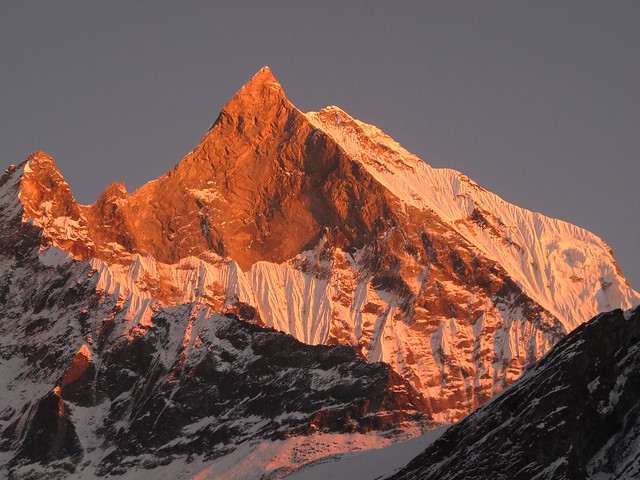 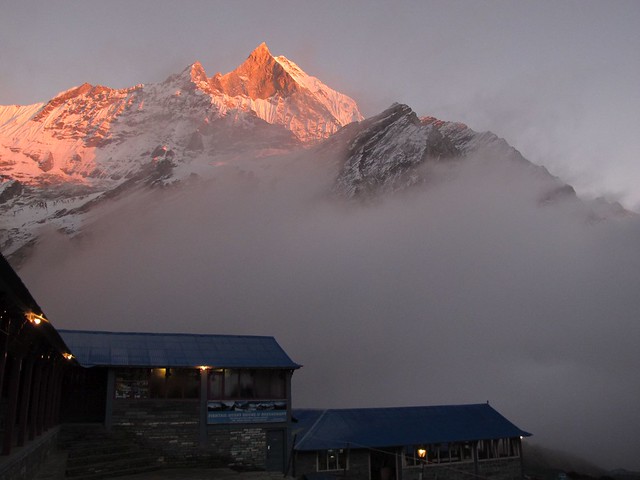 Although the tea house had electricity, there was no heating in the lodge, except for the under-table gas burner and the temperature soon dropped when the sun went down.