An east:west split for the weather forecast- rain in the west and sun in the east – saw us heading to Elgin with our bikes strapped to the back of the car for a wee spin on the minor roads 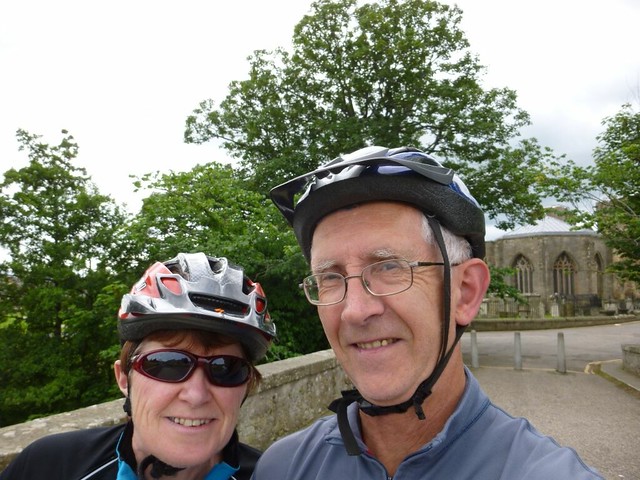 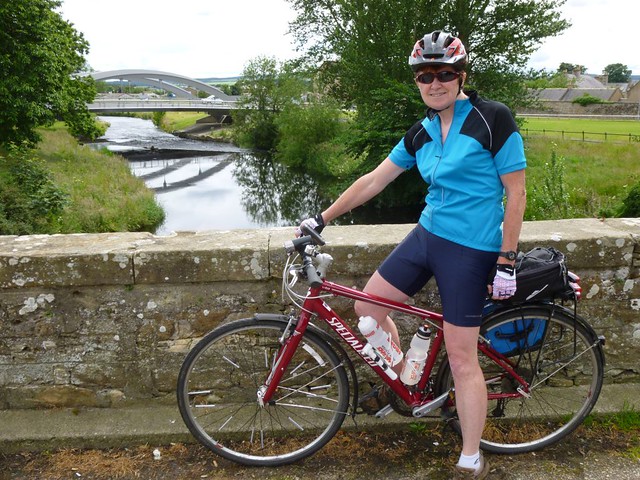 We headed north-east from Elgin along a minor road I remembered from running the 10K race there a few months ago. We followed the road to Arthur’s Bridge at the edge of Lossie Woods – Grid ref NJ 256670. Our aim was to look for the tank traps in the woods and by following the main track north towards the sea we soon found these large structures. We’ve come across WW2 relics in the countryside before, and especially along the Moray coast, but these are very unusual in that they are intact and completely surrounded by trees. 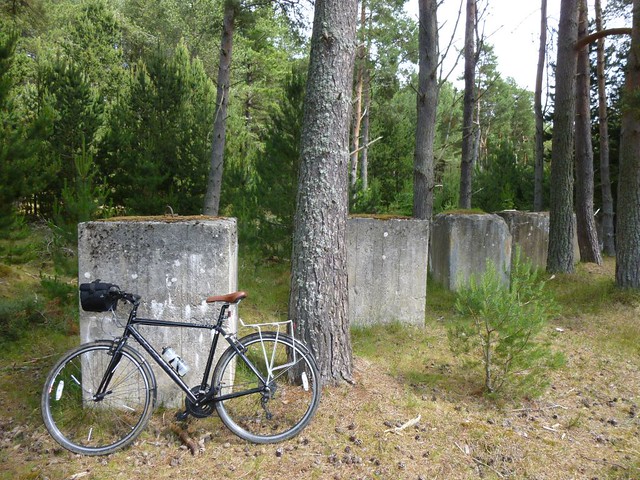 According to the Defence of Scotland Project (http://www.aberdeenshire.gov.uk/archaeology/projects/defence.pdf)
The man responsible for the Coastal defences in the north east of Scotland during World War 2 was Chief Royal Engineer G.A.Mitchel. (1896-1964). It had been noted that during 1938, that the Graf Zepplin photographed the northeast Scottish coast in great detail in preparation for a possible future invasion. Other German aircraft had also been seen photographing the coast around north east Scotland. Mitchell thought it highly likely that this area would be an ideal site for a beach landing invasion force by the German army, due to its sandy beaches and good communications.

Elsewhere these large concrete structures were removed and indeed following the war, they was a bounty paid for farmers to remove these from prime cultivation land. But these here are among the sand dunes which subsequently were planted with pines by the Forestry Commission. 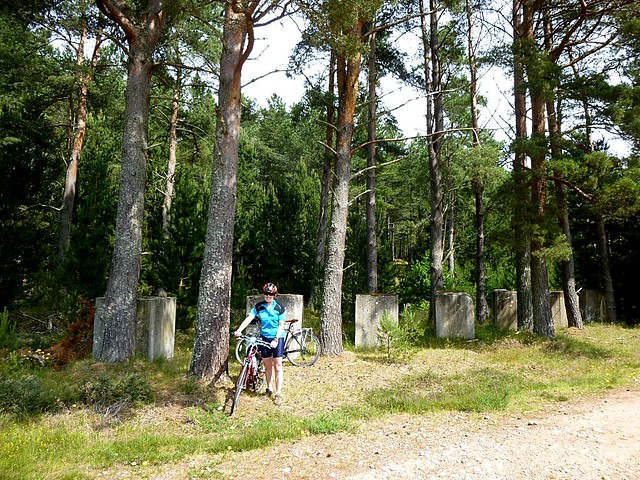 As well as the line of anti-tank traps are hexangular pill boexs. This one of which was in great condition. The concrete was intact. 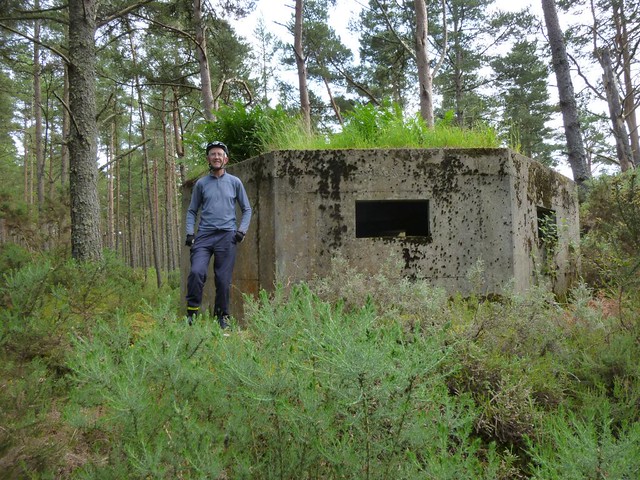 Returning through the forest we followed the Innes Canal. This short canal, like the nearby Spynie Canal, was constructed to drain the low-lying farmland between Lossiemouth and Speymouth. It as engineered in 1812 by Thomas Telford at the request of local landowners. 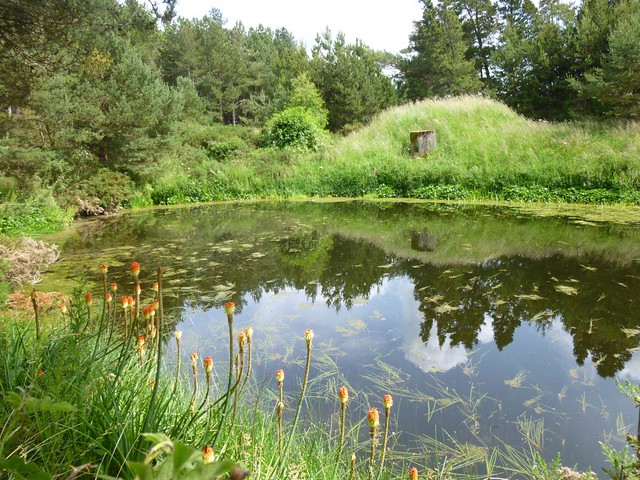 We were dismayed to see the canal side completely dominated by giant hogweed. Giant hogweed (Heracleum mantegazzianum) was introduced into the UK in the 1800’s as an ornamental garden plant. However it has now become naturalised in many river catchments across Scotland. As with most invasive species Giant hogweed is capable of out-competing and dominating native plant species to the detriment of native biodiversity. Giant hogweed also presents a serious threat to human health as contact with its sap can result in blistering of the skin. We have come across it before on both the River Lossie and Findhorn. 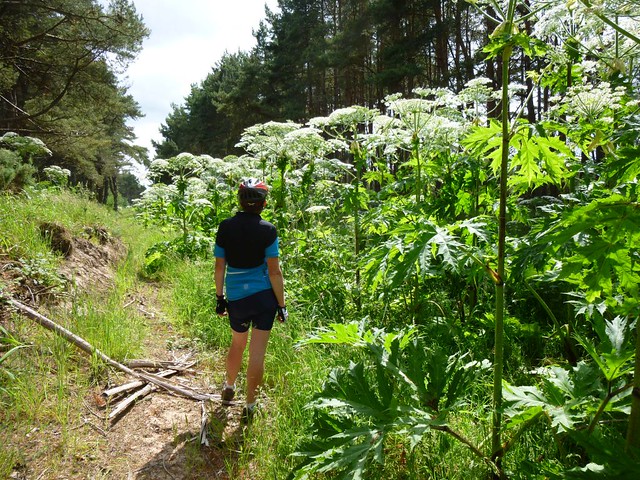 After returning to Arthur’s Bridge, we followed the road to Lossiemouth arriving as a food festival was almost finishing. Neil managed to get a few photos of the old plane cockpits and we bought an ice cream. 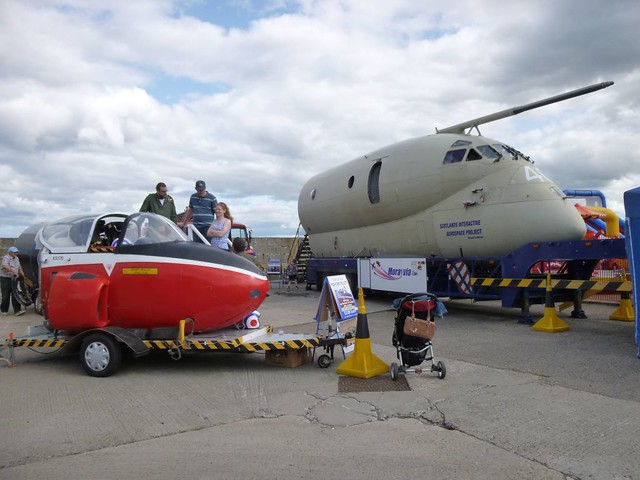 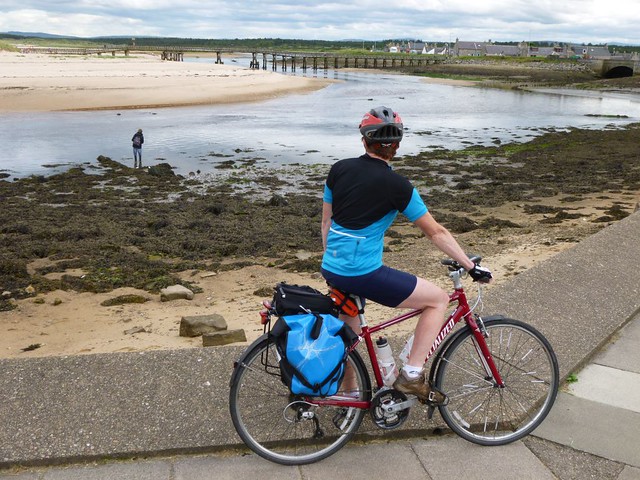 On the festival site were the remains of the old railway platforms at Lossiemouth. We returned to Elgin by following the old railway line. This route is not signed at all, and although it started off a little overgrown it soon opened into a wide dry, stoney farm track. An easy, albeit, bumpy cycle back. We passed the ruins of Spynie Palace which was for five centuries the residence of the bishops of Moray. 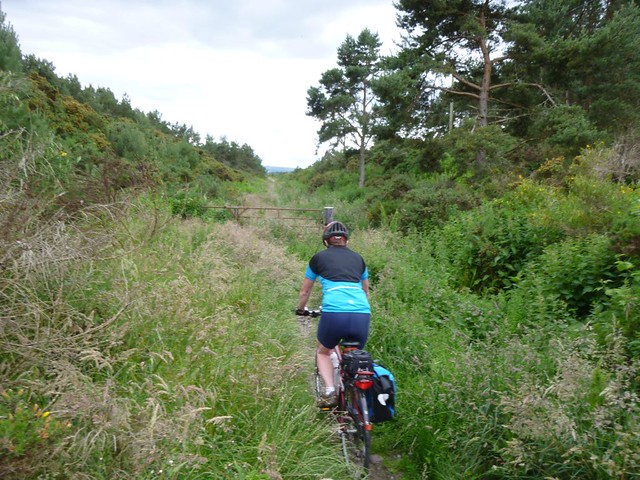 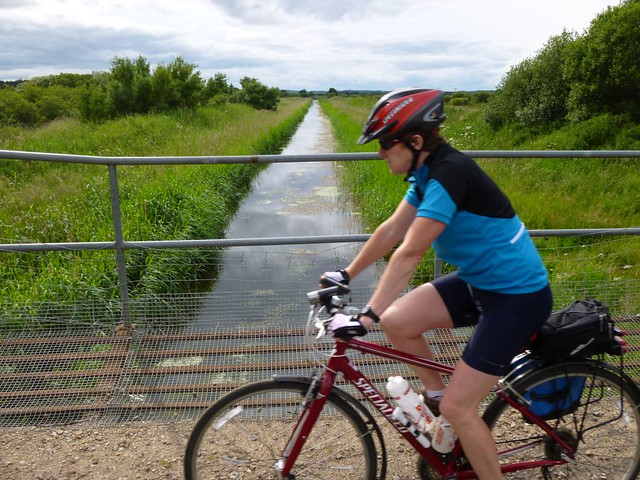 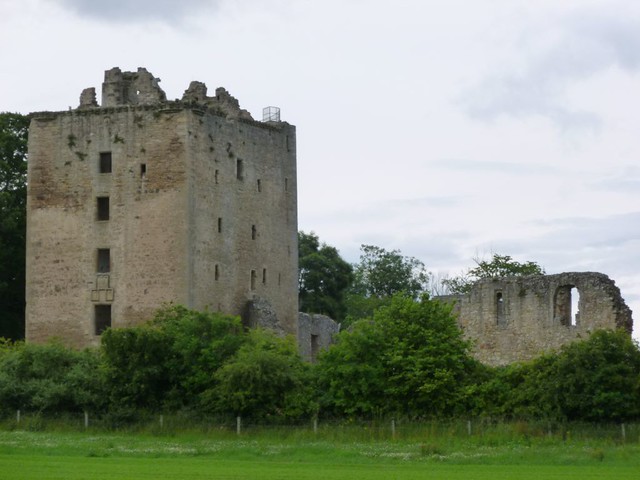